It’s all about the good groove Miguel Migs will tell you. The San Francisco-based DJ-producer-remixer has been riding it, with no little soul ‘n’ swish, since the late Nineties when he made an official jump from local, informal gigs and, before that, as a teenager playing guitar in up-and-coming dub/world/reggae infused bands.

His production debut came in 1998 with the slow tempo release of ‘The Mercury Lounge EP’ on La Casa Records; a deep outing flanked by the seriously refined remix of Naked Music NYC’s ‘If I Fall’. That quickly led to head-turning work on the Naked Music label, with Migs adding smooth soul-house flow to cuts by Blue Six, Aquanote, Lovetronic and long-term collaborator Lisa Shaw whilst contributing his own sophisti-four-to-the-floor as Petalpusher – singles ‘Surrender’ and ‘Breakin’ It Down’ spring glowingly to mind.

Far beyond clubland’s Nineties-anchored obsession with the ‘West Coast’ and its richly organic deep house scene, Migs has lived long in the heart and memory. He has continued to mature and beguile, releasing EPs through a real who’s who of plush house labels – Large, Yoshitoshi, NRK, OM, Defected and his own imprint Salted Music (the latter his current focus). Then there are the remixes of everyone from MJ Cole to Britney Spears, the accomplished long-players Colourful You (2002), Those Things (2007) and Outside The Skyline (2011) and a consistent flow of gigs at the biggest parties, and for the biggest events, including the Movement, EXIT and Montreux Jazz Festivals, Southport, Coachella, the yearly Miami Music Conference showcases, and the list goes on and on….

Migs’ soul is undiminished – and with a brand new album, Dim Division, due out on Defected sister label Soul Heaven next month it is only intensifying. He is, he claims, only getting warmed up….

So what’s this new album all about?

I started working on some new songs last year with the loose idea of an album in mind but nothing set in stone. I focused on the writing and how things felt, working with some new singers, which is always cool because I love the collaboration and writing process. At the start of this year I felt pretty good about the songs, they felt cohesive. But I still hadn’t thought much about how to release them. I literally just sent a couple of clips to Simon [Dunmore] and he dug the idea of releasing an album. I started to fine-tune the songs and now here we are with something due in October.

It’s more moody than my last album, hence the title, Dim Division. The songs are stripped down and more intimate; they’re more with the music listener in mind but can be played at home or cranked up somewhere. None of this was created with the dancefloor strictly in mind – it’s more of a song-driven focused album, but still with a solid groove. 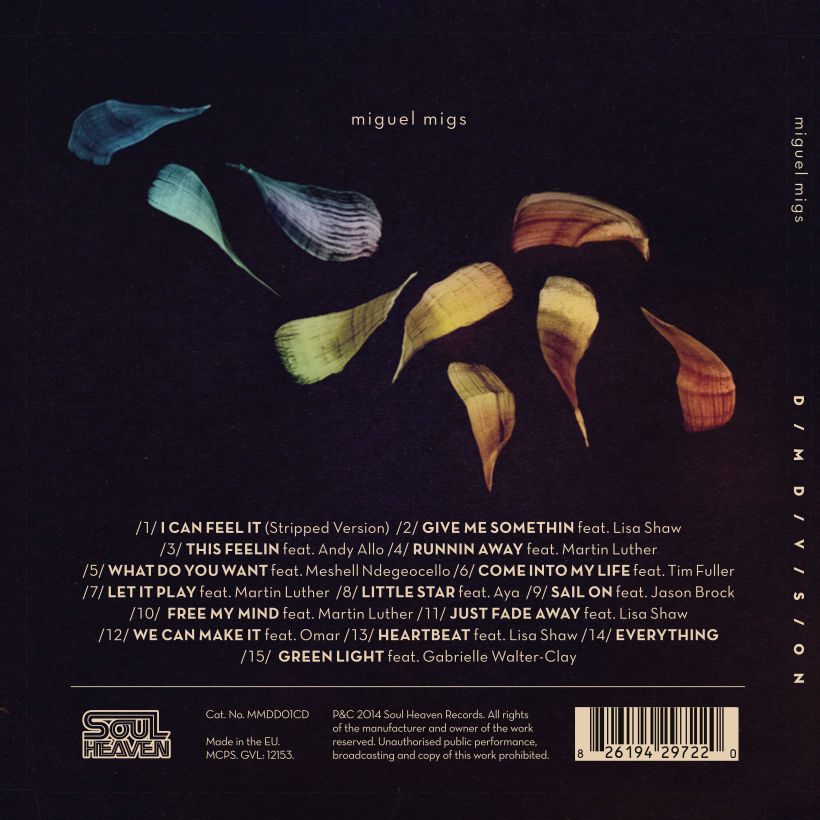 You have some interesting collaborations….

I really enjoy working with talented vocalists. The album features some long-term collaborators like singers Aya and Lisa Shaw. But then I also had the idea of doing something with [UK soul singer] Omar, and then there are tracks with Andy Allo, who has toured and played guitar with Prince, and Martin Luther, who’s an amazing soul singer from San Francisco, the city where I’m based. I also recorded with Gabrielle Walter-Clay, who’s my friend’s daughter. She has a younger, jazz-influenced energy but we did this downtempo, R&B-type track which was really interesting. Overall, I love the whole process of pushing myself and experimenting with sounds and writing. Personally, I think that this and the last album represent really quality pieces of work – in terms of where I’m at as an artist.

How much of an album like Dim Division is personal experience?

Personal and emotional experiences are an important part of my music but I prefer to deliver them in an abstract way. I like having double-meanings within the lyrics rather than hyper-literal stories. Often I pick up visual imagery from the simplest lines of a song and that resonates into the melodies and key parts I use. I love how certain lines in a song can really connect in a deep way. Sometimes it’s like I’m daydreaming images. With the writing I try to express life experiences in a subtle way.

What’s your take on the march of technology within music?

I have an old school approach. Not so long ago I was still using a Mac G4 with an old version of Logic [production software] and my friends were laughing at me. But that set-up was stable, it didn’t crash and it allowed me to focus on the actual music and being creative rather than constant updating and troubleshooting. I’ve updated my equipment since then and it’s great; in terms of uploading and moving things around, it’s amazing how much quicker I can do things. But I still enjoy the less is more approach. For me, it’s not about having loads of fancy gear at my disposal, or even the older equipment. It’s about doing the absolute best with what you have at hand. I find it hard to relate to technology in some ways. I got into music because I loved it and because I loved the way it moved people. Those feelings have to come first; as long as technology supports those aims and helps us be creative then it’s OK.

Do you have any other major plans this year?

I’ll be focusing more on my little label Salted, definitely. I’ve got some more creative and interesting material to release there. Salted is celebrating its 10thanniversary too and there’s a compilation coming at the end of the year. It’ll have some unreleased tracks and custom edits; I’m really excited about it. Elsewhere, I’m already working on a new album for Lisa Shaw. There’s still a lot to do but it’s inspiring.

You’ve been in the game such a long time now – seriously, what keeps you motivated?

I have felt exhausted sometimes. Just for short moments, so at those points I go to the beach, hang with friends, cook, see a show, visit family or just take a break. The thing is I can’t help but always go back to music… It’s a creative drug, I can’t explain it but there’s no choice in the matter. No, there is a choice but I really couldn’t imagine doing anything else. Every day, I’m going out of my mind with creative ideas and I need to get them out. That keeps me going! Life is really difficult, with all the stresses and struggles of relationship up-and-downs, the health bumps and all those other things that jump out at you; I need to have a creative outlet otherwise I think I’d probably die! Like so many other people, music gives me that balance and inspiration.

All good! Genuinely, I haven’t reached my full potential yet as an artist and that keeps you going. Musically, there has been material in the past that I’ve had to rush through and for which I’ve had minimal access to recording budgets and technological luxuries. But today, comparatively, I’m in a better place with my studio set up and feel invigorated on a creative level. And, as I say, this new album and the last album have felt like more quality pieces of work to me. There’s no shortage of new ideas brewing, more genres and styles to tap. I simply want to continue being creative and make music my own way, on my own terms and see where it goes…. 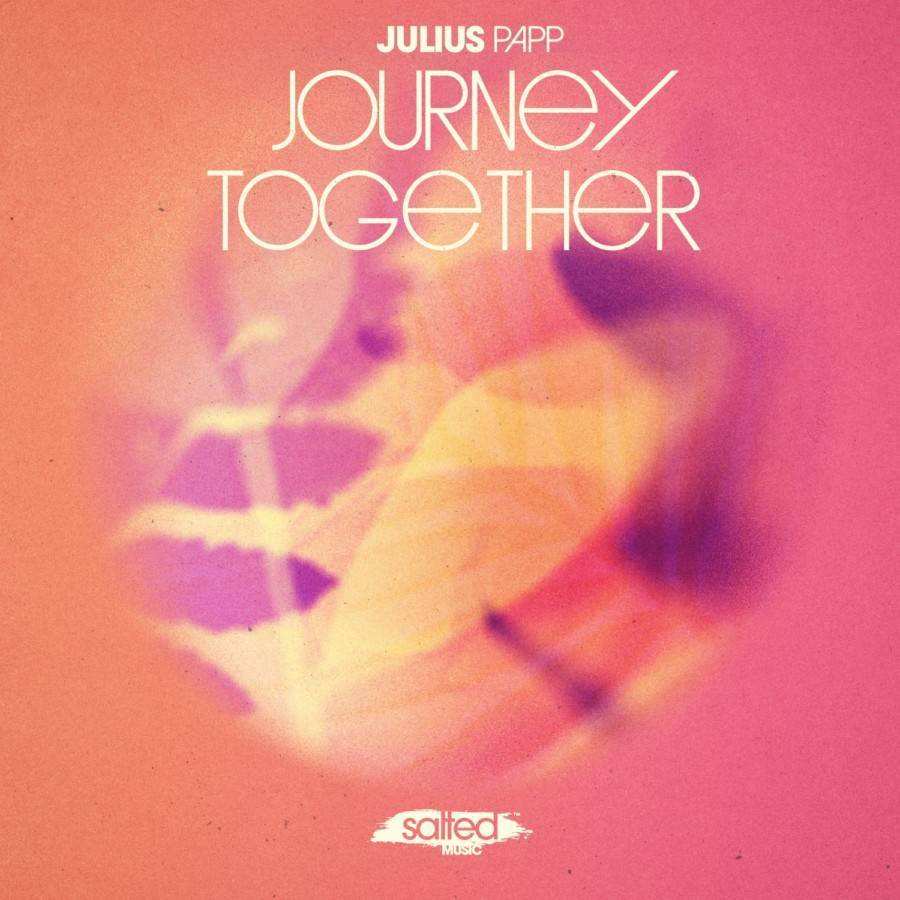